The DLS Ventures joined the rest of the County Ventures for a weekend in Duncannon Co. Wexford last weekend (19th-21st March). Conditions were superb. Here’s what Matt Gaynor had to say about it all.

We rolled up in Passage East at some time around 6:30, as per instructed by Neillers, somewhere in the region of 35 ventures from around the county. We then waited until some time around 7:00 for Neillers himself to show up, dressed in the clothes of a man who thinks himself a big wig in the world of Waterford Scouting. Once our glorious CPC had arrived, we marched onto the ferry for the quick trip over the river to Ballyhack. 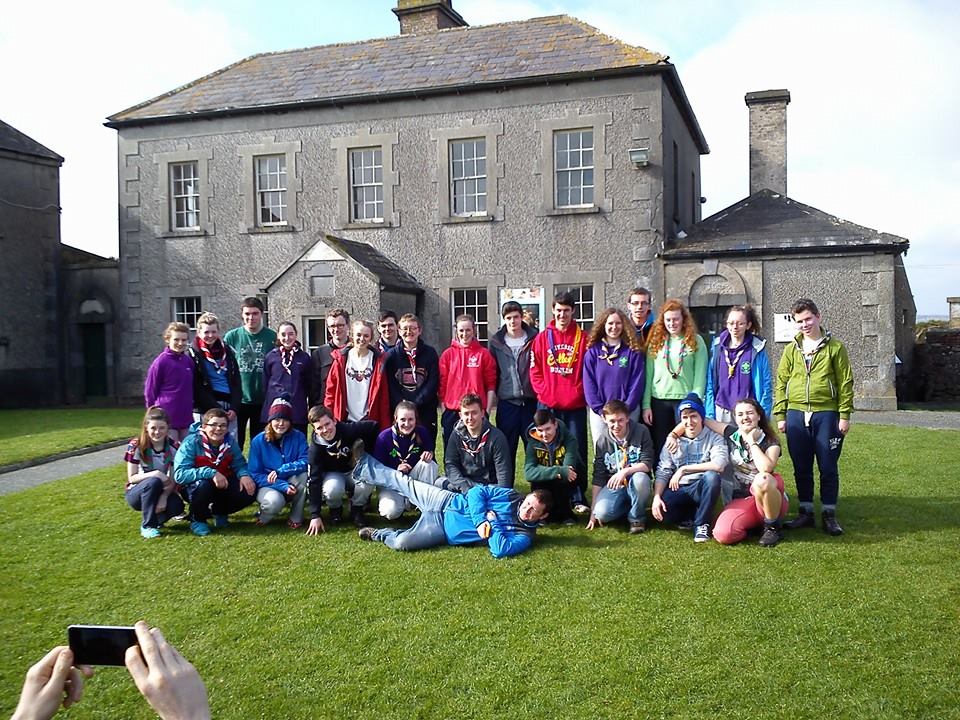 After what was the longest “3-kilometre walk” of my life (Google Maps later confirmed our suspicions that it was 5.4km), we eventually reached Duncannon. After a quick tour of the place in the dark, we played games of Man Hunt and Capture the Flag, after which we headed down to the local chipper, as do proper scouts. 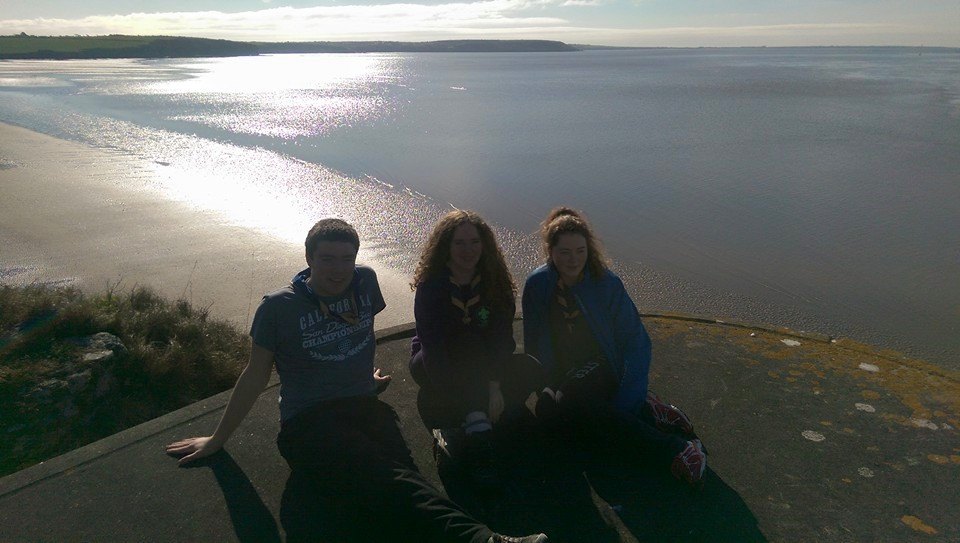 The lack of curtains in the hall meant that getting-up time was whenever it got bright outside, namely;6:30am. Within an hour and a half we were all up exploring the fort, which was some spot in fairness to whomever it was that built it, surrounded by the sea/river on one side, and the beach on the other. Shortly after lunch time, Eric pulled up with all the gear for the abseiling and archery, except the arrows, which apparently are pretty important when one would like to do some archery. 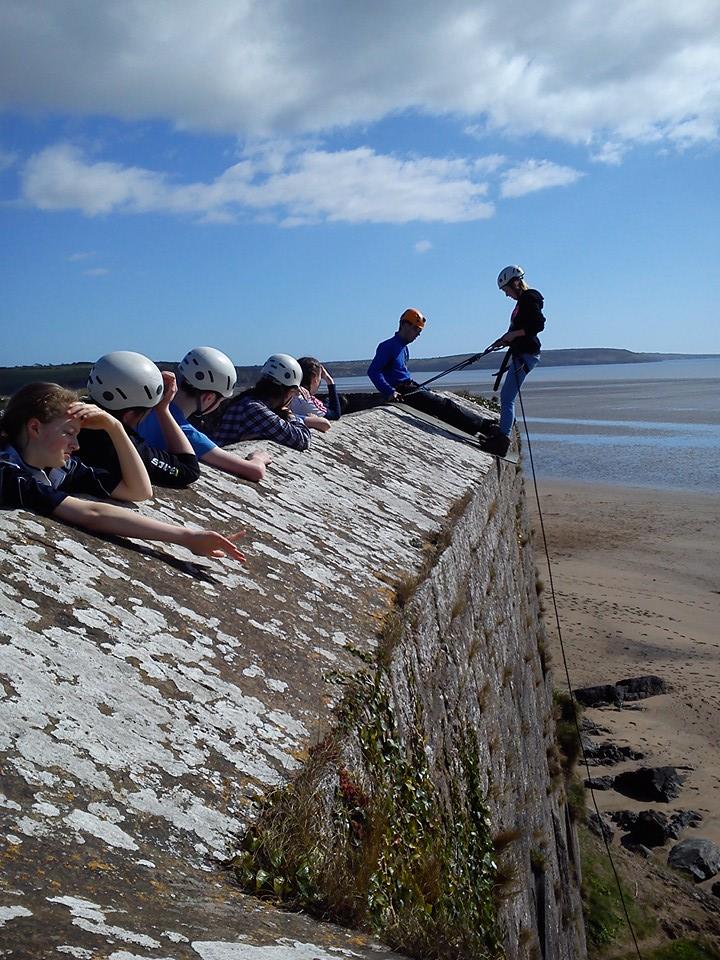 You never saw Robin Hood or William Tell going around with a bow and no arrows. Anyway, after Neillers saved the day by buying some new arrows (for €7 each it should be added), the day’s activities got underway, and they were a resounding success. We later traversed down to the beach where, inspired by an afternoon of having The 6 Nations projected up onto the wall of the hall, we engaged in the most full-contact game of tag rugby the world has ever witnessed, followed by the shop keeper presenting us with the village volleyball net, which we put to good use right away, up until we went back to the fort just as the sun was setting. 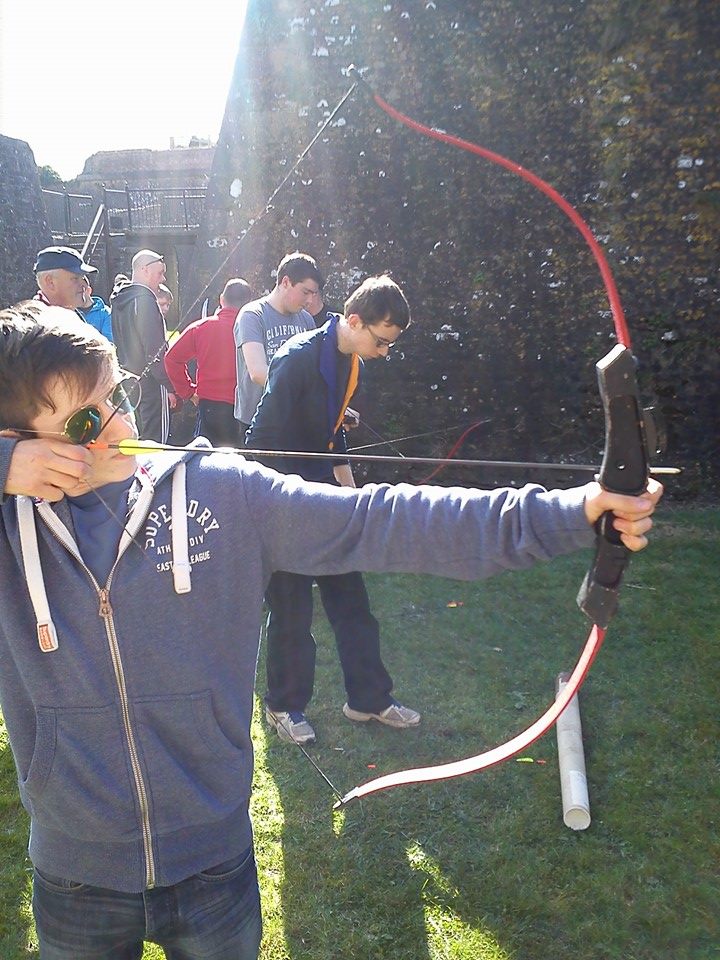 We were greeted by a dinner of Beef Strauvignon, as prepared by designated county chef, Paul. What followed was a trip down to the dungeons in the dark, where we didn’t find any ghosts, surprisingly enough… but it was pretty cold down there, so I think everyone happy enough to head back inside for a quiz, which the leaders team won (Fix!), but they graciously donated their prizes to the runner-up team. After that it was just about time for bed after a long day. 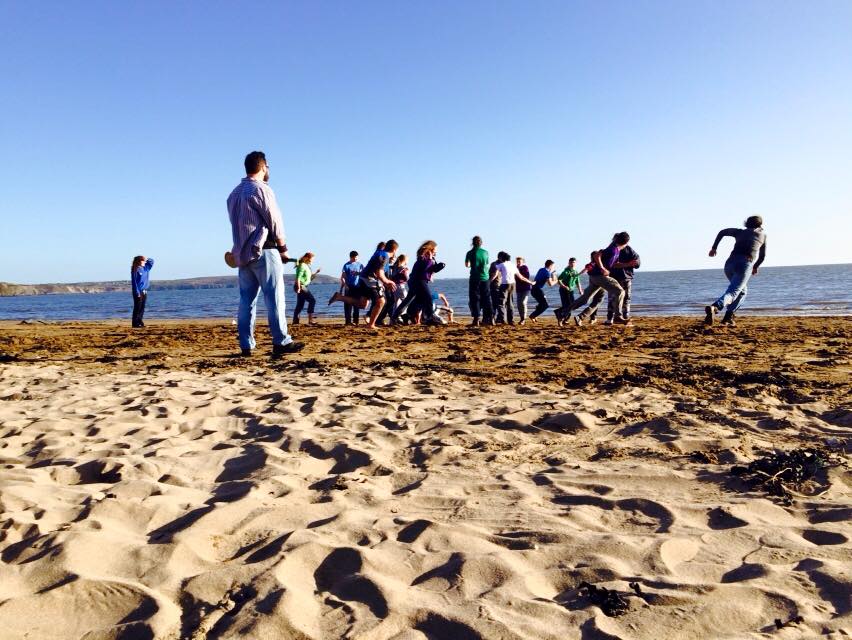 Sunday consisted of waking up at a marginally later time than Saturday, and cleaning up the den and the surrounding fort, before making the 3/5.4km trek back to the ferry, where there was time for many a selfie on Barry’s selfie stick before we had to say goodbye to the weekend and return to the monotony of our everyday school lives. Happy thoughts. 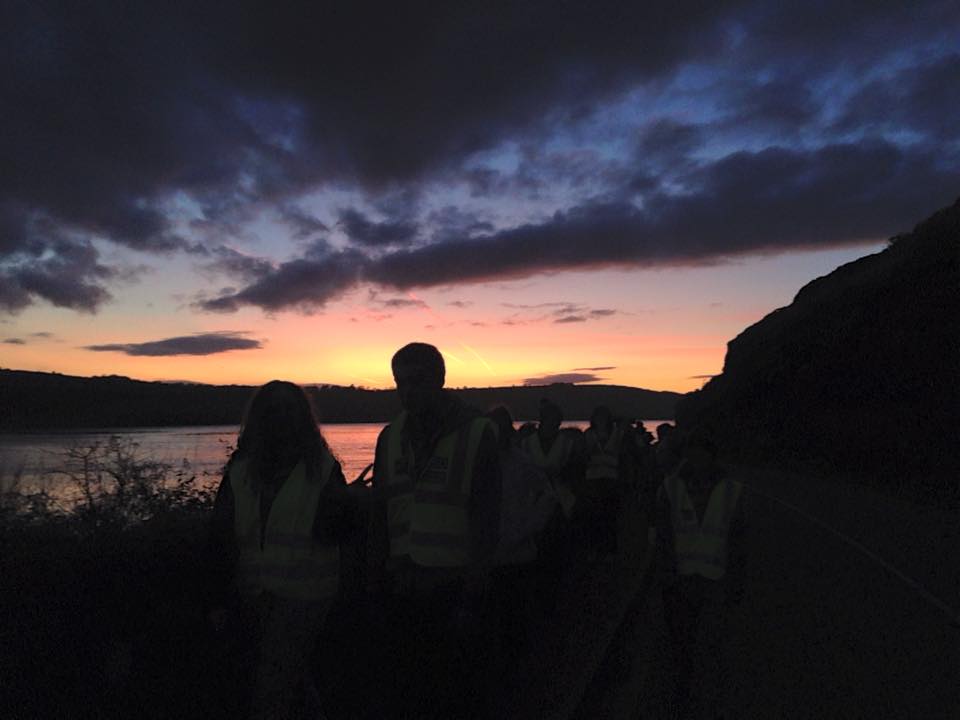