Column: Competitions from an outside perspective – where has it come from and where is it going?

Column: Competitions from an outside perspective – where has it come from and where is it going?

A Venture Scout who has been there, bought the t-shirt and ironed the neckerchief – An account from Matthew Gaynor on what the County Challenge is about and where it is going in the future. 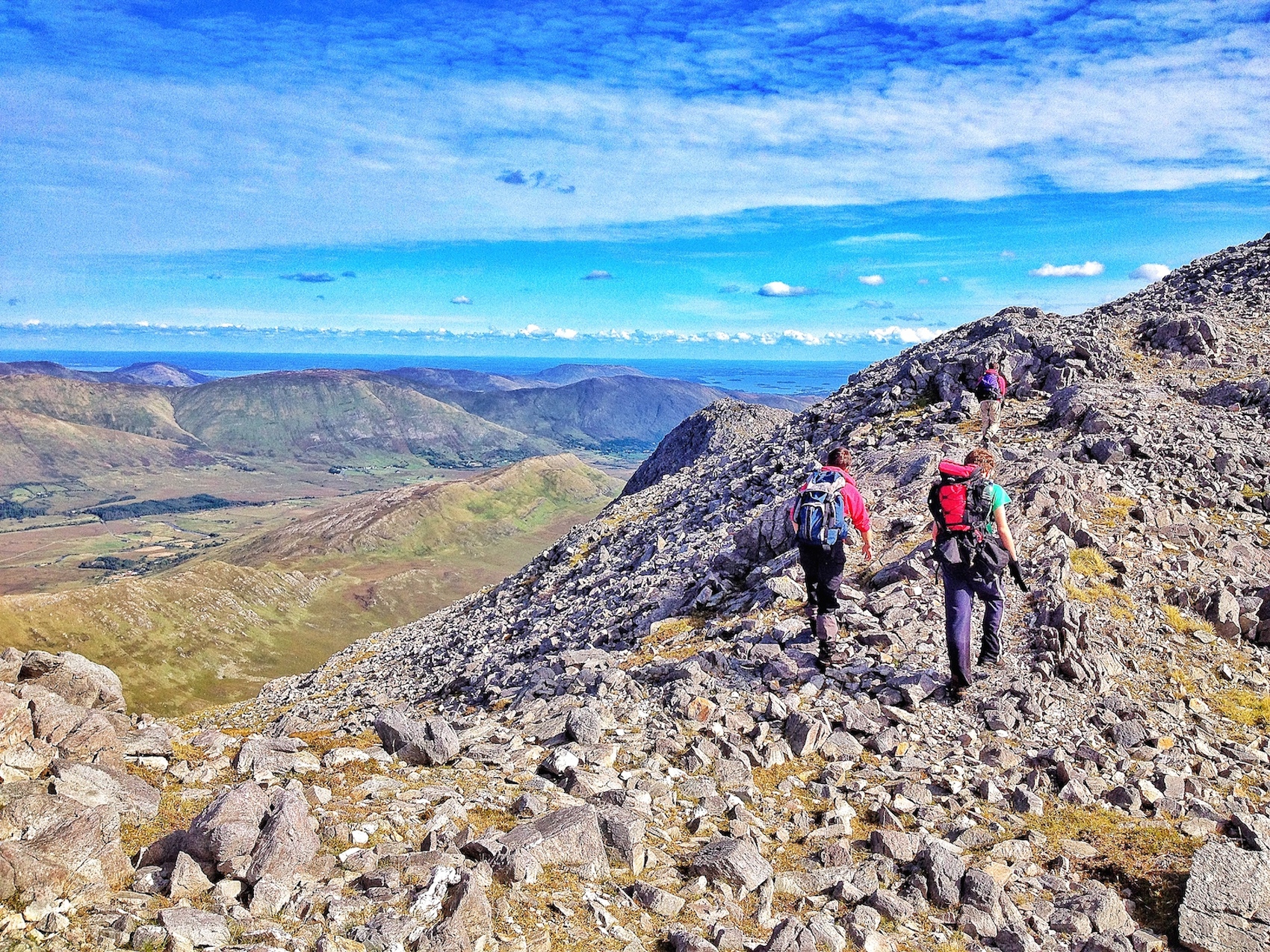 I was only ten years old in 2009 when I went on my first County Challenge in Rathgormack as a member of the 7th’s C Team. I didn’t realise it at the time, but over the next five years it was going to become one of the permanent fixtures in my yearly excursions. 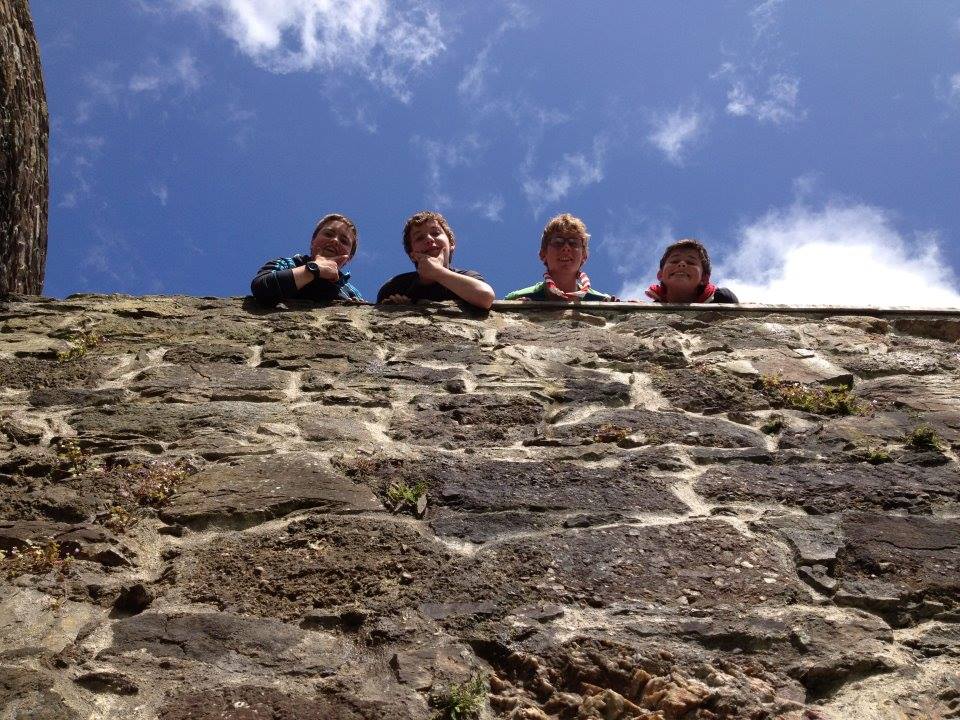 I spent my first 3 years on the second and third teams from the 7th, learning the skills required from the older scouts, always excited by the prospect of going on another one next year. Then came the big call up to the A-Team at the ripe old age of 13, and the two years I spent there are probably the two most enjoyable years I’ve had through scouting, the results of the weekend were always what I awaited most eagerly, but ironically enough when I look back at my favourite County Challenges, the results are almost the last things I take into account, because for me, competitive scouting gave me exactly the same thing as playing soccer or hurling also did – the chance to be a part of a team with some of my best friends, and maybe if you’re lucky, you might even win something, and regardless of whether we came first or twenty-first, we always enjoyed ourselves. 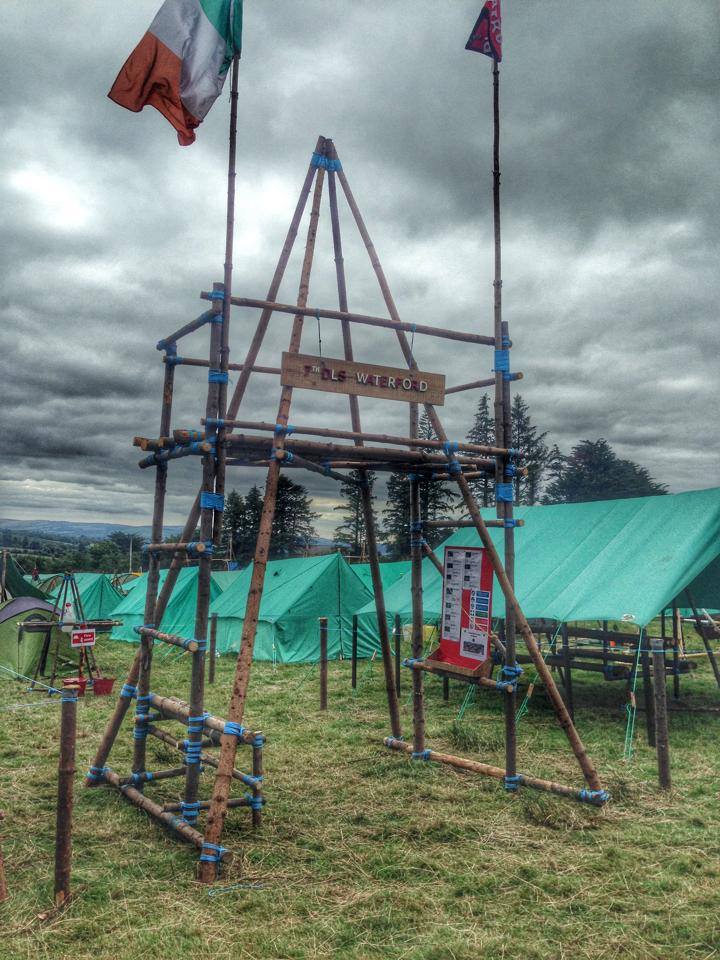 But nothing lasts forever, especially not competing in a competition which has an age limit of 16, but looking back, I feel a tinge of regret when I see how I substituted my last year of being on the 7th’s A-Team with my friends with a sudden disinterest in the competition side of things, a decision that I really realised only last weekend was the wrong one. The only explanation I can think of for deciding to sit out my last opportunity of doing well in the competition side of the weekend, is that after five or six years of going on it, I’d tricked myself into believing that I’d always have one more year to go. 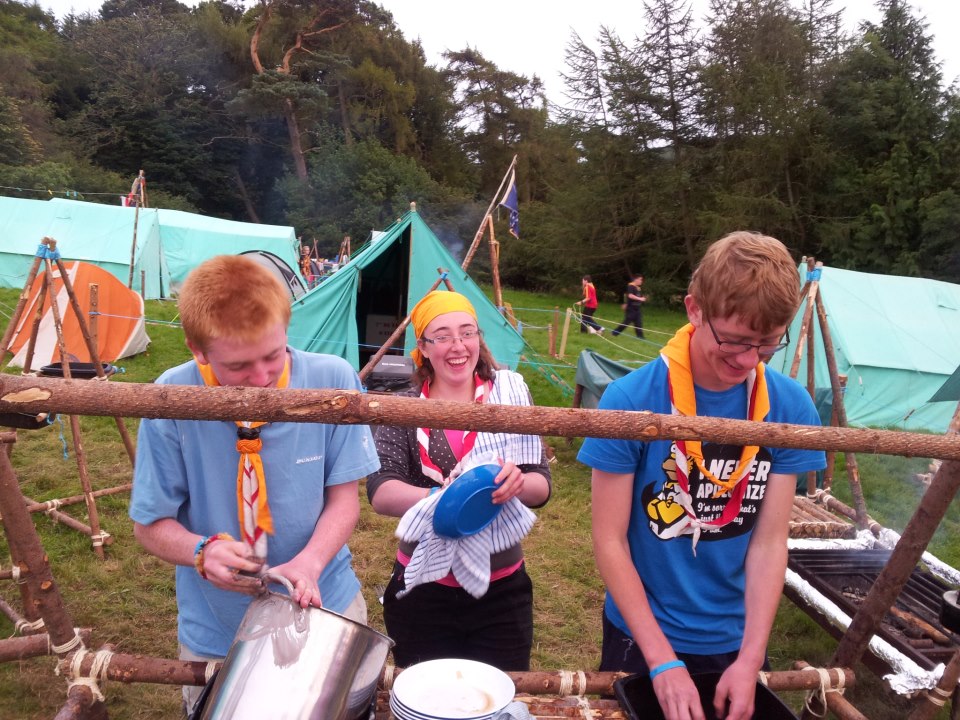 When we were in scouts, Cunny once said to us, “There are certain things in life you can do forever, but being under sixteen is not one of them.”, and last weekend I felt the full impact of what he meant. When you’re a competitor on the weekend, you are kept going by the buzz going on throughout the field, and the general craic going on between your team and the surrounding sites, something which is definitely more prevalent in the County Challenge than the Phoenix, given that you’re competing against the lads you go to school with or play football with every week. When you compare that to sitting on the fence, as I was last weekend as a member of staff, you just don’t get the same buzz looking down from the top of the hill. Many times during the weekend, a leader would ask a group of us ventures, “Would ye rather be competing?” Some said yes, some said no, and others weren’t 100% sure, but I hadn’t any doubt in my mind. Of course I’d rather have been competing. At the time when I was most immersed in the competitions, I was the scribe, the APL and one of the oldest people on what was an excellent set of scouts from the 7th. In contrast to that, my main job staffing was standing in the cold and wet for 5 hours, watching other people taking part in the competition that I had enjoyed for a number of years prior, and hopefully will continue to enjoy from a few steps further back. 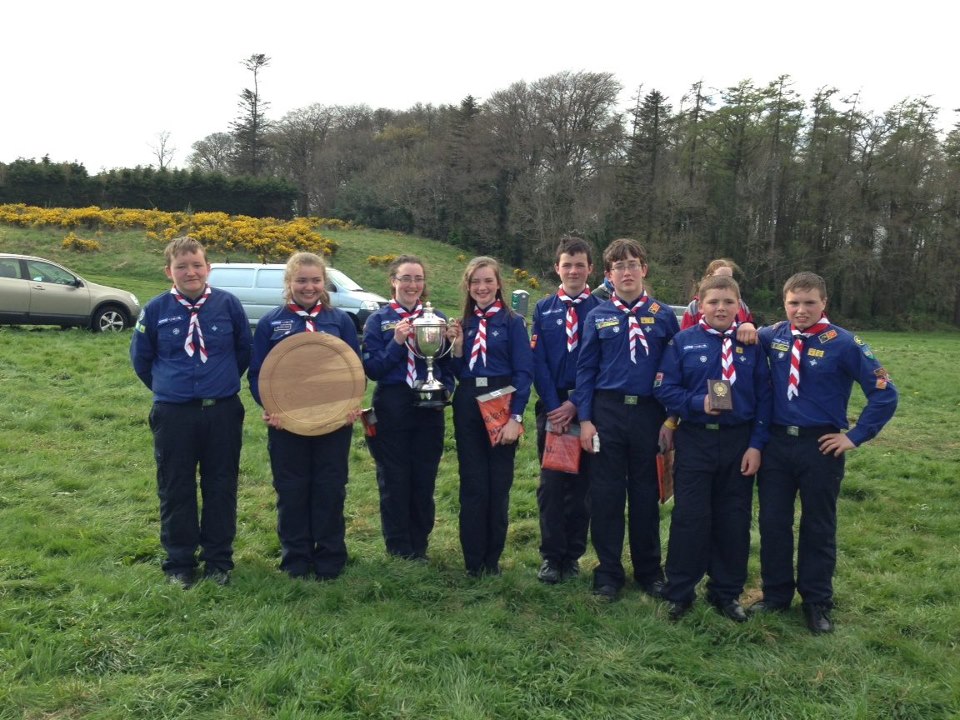 I’ve never been there to see a team from De La Salle win the County Challenge, though I’ve seen them come second often enough (6 years out of 7). Hopefully I won’t have to wait too long to see them go the full way, but if there’s one thing I’ve learned from my various weekends spent building sites and doing bases, it is that the enjoyment I got out of it will stay with me far longer than the results will, and the advice I’d have for any scout with a half-interest in it would be to keep doing it until you’re too old. The thing I like most about the County Challenge is that it’s all about the team, and not the individuals that make it up, there will probably be calls to reform it at some stage, but my attitude would be if it’s not broken don’t fix it, because at the moment it strikes the perfect balance between tapping into the tribalistic values of the scout troops, and bringing the best out of our scouts. At the end of the day we’ll all still be friends no matter the colour of our neckerchief. 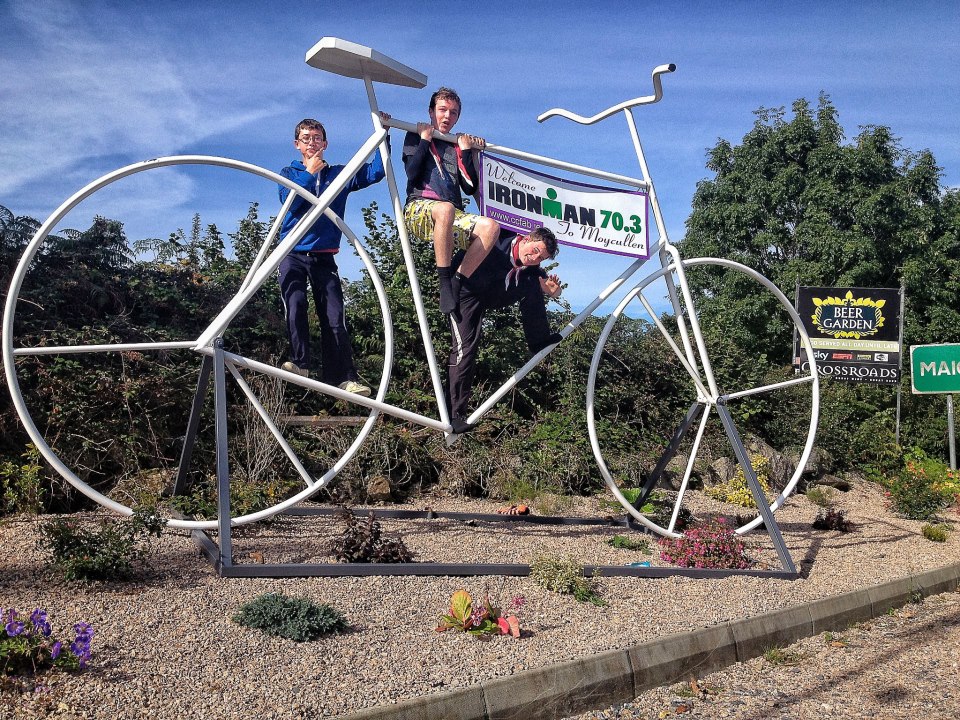 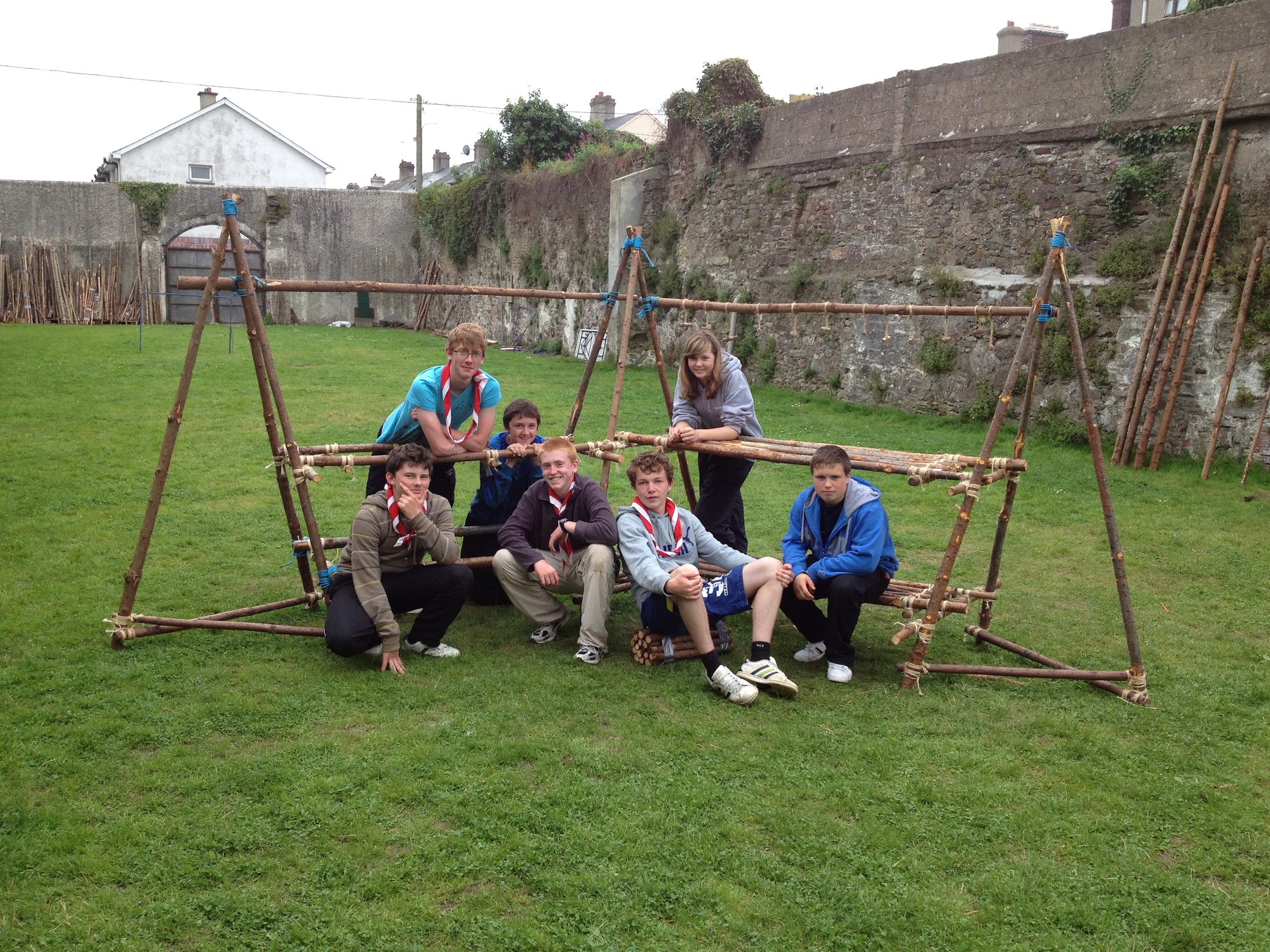