Last March a group of De La Salle Ventures accompanied the Abbeyside Ventures on a hike up Lugnaquilla in the Wicklow Mountains, here’s the expedition report from Matthew Gaynor, in the typical Venture fashion of 2 months late. 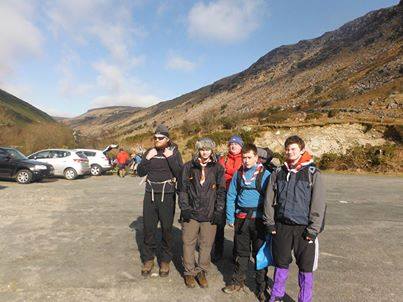 I can’t remember exactly what time we left on the Friday, but it was about 45 minutes later than planned because Oisín was out at dinner, working up the courage to ask his (debatably) better half could he borrow her car for the weekend. Anyways, after the necessary means of transport had been acquired, we sped away at only slightly over the speed limit, slowing only to admire the urban hub that is Hackettstown, Co. Carlow. We arrived at the hostel with a little help from Google Maps and no help from the actual map, shortly after 10 o’clock. The hostel was a fairly high-class joint with a room between the 3 of us (or 2 if you were Neillers or Oisín) and a kitchen in which pretty much all the necessary appliances were in a working condition. After the bags had been thrown on the beds and a Pot Noodle had been consumed, we were off to the local Chinese (Wok-u-want) for our supper, and to meet Oisín’s friend who had a funny accent and was nearly as nerdy as he is. We headed back to the hostel and went asleep fairly quickly.

We got up and cooked ourselves a fry-up in the hostel’s 5-star kitchen, Superquinn sausages rather than your average Denny Gold Medal. We hopped in the car and after a quick stop for supplies we met up with Paschal, John and the Abbeyside bois in one of the Wicklow Mountain’s many car parks. We started fairly quickly, myself Jack and David (The trio from DLS) up ahead of the lads who said they were from Abbeyside, but really, it’s all Dungarvan. The 3 of us were forced to slow down though upon realising that we hadn’t a clue where we were going, as the Abbeyside (Dungarvan) ventures were the ones with the map, compass and all other required equipment. We took a wrong turn which “accidentally” shaved off a couple of kilometres (Dang flabbit!), much to our disappointment but it was grand because we still made it to the top and back to the hostel in time to watch Ireland beat France in the rugby. After the celebrations had finished we parted company with our fellow Ventures and headed back home. 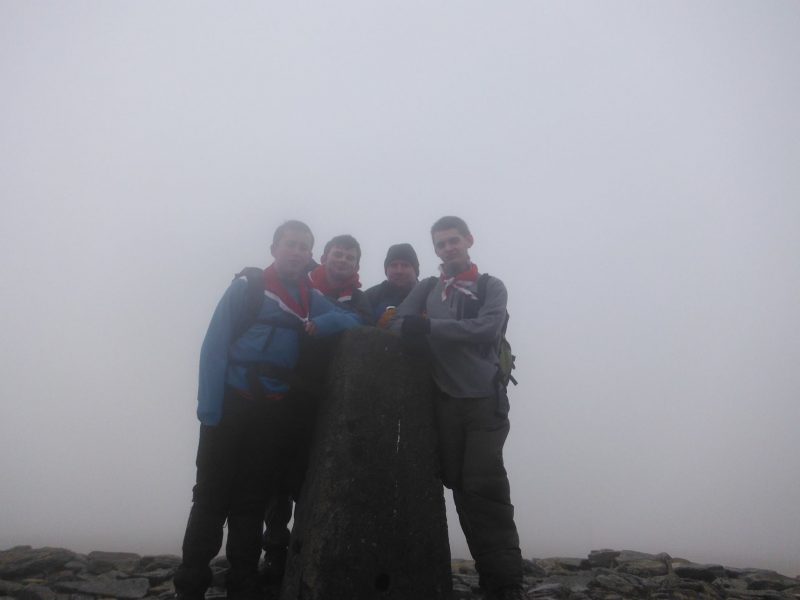