Camp isn’t just the week to ten days in August when you’re actually on the campsite. Oh no, it usually begins the year before when the leaders sit down at the end of that years camp and throw out a few suggestions as to where they could go next year. Things then die down a bit after camp, as the first person to mention it in January usually ends up covered to their waist in muck down in Paddy McMurphy’s field in the middle of nowhere being assured that the drainage really does get better in the summer. Once the decision on the site is taken, the savings cards are given out and the selling begins. Be careful – there are two different types of people who say that they are going on camp – the people that do go and the people that say they’ll go but instead go away for three weeks in Florida with their parents or to the Alps with their climbing partners. After the deposits are paid and savings are coming in camp is forgotten about for a while. 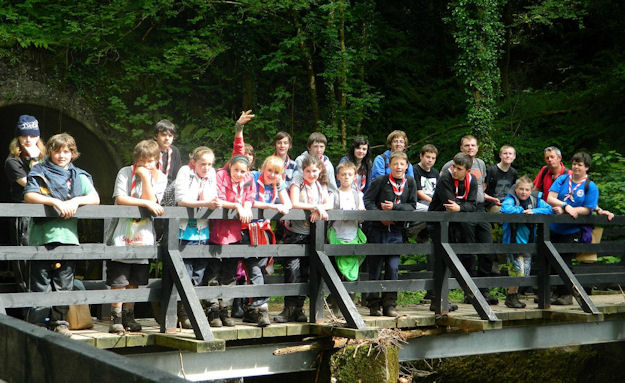 Above: There’ll never be a group photo with everyone looking at the camera..never (3rd Scouts on Annual Camp 2012)

In June the panic begins again as some poor assistant leader realises that he has lost Mr. McMurphy’s phone number and when he eventually digs it out, he’s told by good old Mr. McMurphy that he’s after planting Christmas trees in that field, “cos o’ the subsidies ya know”. Fortunately this doesn’t happen too often. To be honest we’re getting a bit lazy and only go to places with showers, toilets and all the other camping mod cons on site. Next step is getting the gear ready.  Inevitably the gear is spread to the four corners of the earth and when it is found somebody realises that they probably should have dried out that tent after they used it back on the MPC in November. As usual all the cutlery has disappeared from the patrol boxes by a phenomenon known as “Vanishing Potato Mashers”. Usually we also find a nice smelly piece of fruit which has been hiding in some “only used for camp box” in the corner of the store. 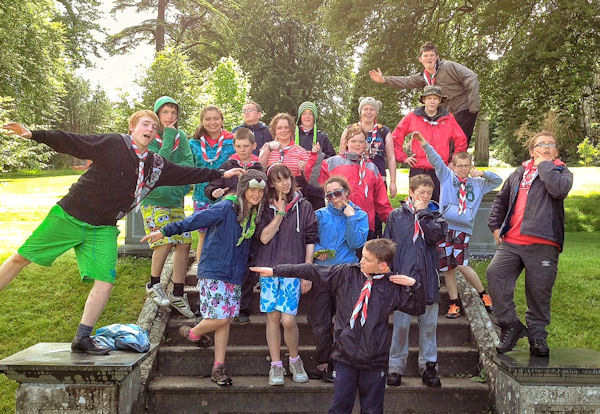 Above: The 7th Scouts on Annual Camp 2012 at Inistiogue

Once the Quartermaster and his assistants finally have it sorted out, the next job is to load it on the truck, lorry or container. That’s the night there are loads of funerals, important meetings and other prior engagements. Once enough unsuspecting types have been rounded up, it is eventually loaded, but not without plenty of permanent back injuries from people trying to lift the marquee up onto a container which is about eight feet of the ground (it is a BIG marquee). 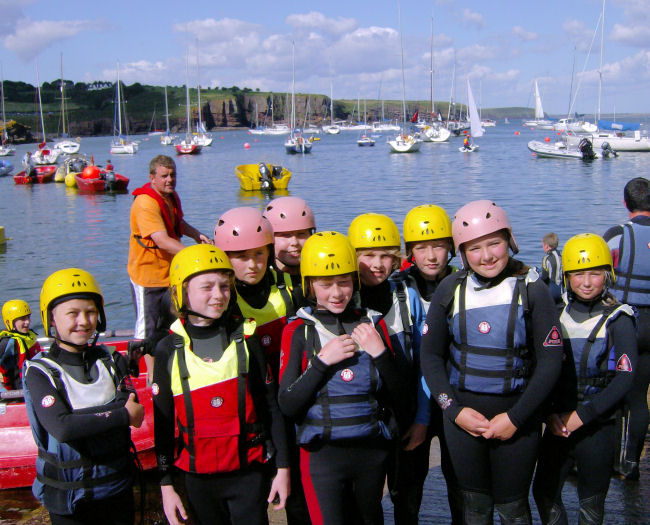 Above: Members of the 7th Scouts at Dunmore East during their Camp 2007 at Faithlegg.

Setting off to camp is another unique experience. Everybody tries to avoid getting stuck with the checklist and inevitably Timmy Power’s name is on the list even though he was squashed by the marquee last night and has a broken arm. John Butler (In De La Salle it’s always John Butler) is at least half an hour late and somebody else probably forgot their haversack, uniform and pocket money. The coach of course was hired from Tommy Raffiters Deluxe Coach Hire and has no air inside, let alone air conditioning. The seats were designed by Satan himself and the driver insists on playing his “Big Tom” record over and over again. Four people will get sick (it’s always four). At least one of those will do it right in the middle of the aisle and the vomit will roll up and down the coach for the whole trip. 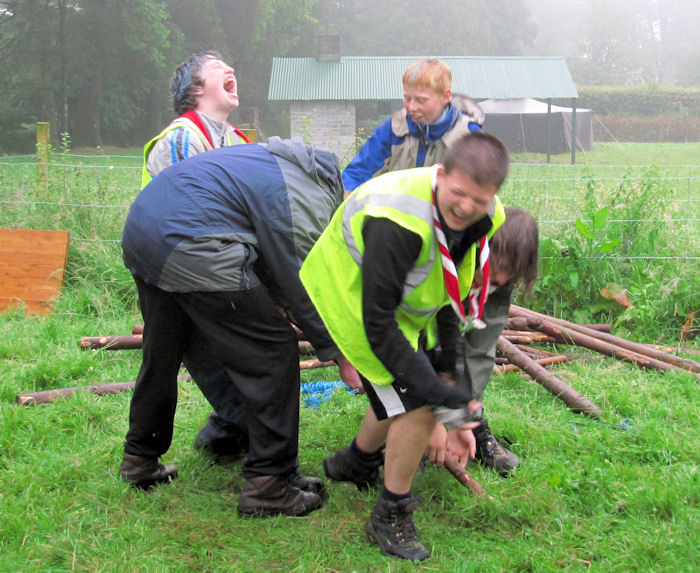 Above: The 3rd De La Salle on Annual Camp 2009 at Mount Mellary.

Just as you arrive at the campsite it will start raining and the bus driver will remember that the AC button, actually was the air conditioning button. The Scouting Trail has great guidelines on setting up camp. The best advice however is to get into it as fast possible – the longer it takes the more rows there will be and yes believe it or not the Quartermaster did think you could pitch all those tents without using his nice new mallets. In De La Salle we have two paraffin tilly lamps which are only ever taken out on camp. Billy Collins then spends three days trying to get the things working. Bring meths as one of the parts has to be soaked in it and they don’t sell it in the county you’re staying in. On second thoughts don’t bother as you forgot to bring a mantle anyway. 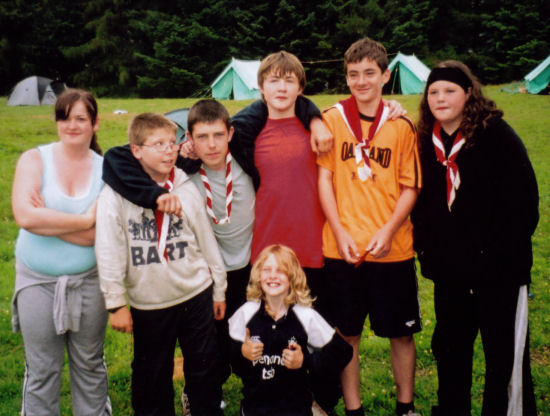 Above: Members of the 7th Scouts on their Auchengillan 2006 camp in Scotland.

Fortunately camp usually does settle into a routine. It doesn’t matter that the field flooded on the first night, there are swarms of midgets, flies and wasps and the beach is eight miles away – everybody else really doesn’t blame you. Believe it or not when your lying in your tent with a soaked sleeping bag, with no clean or dry clothes and you’re wishing that you were anywhere on the planet but there; you will in a few years time look back on that week and say “that was a good camp – do you remember we had some laugh in the mud”. Also be warned it’s just when you think that things couldn’t worse that the Ventures will decide to knock your tent, at least one Scout will be bitten by an Alsatian and all the other leaders will come down with a mystery illness. A few more tips are to watch that the campfire on the last night doesn’t burn down the nearby forest and forget about trying to pack away some of the gear the night before as whatever you pack you will need the next morning. 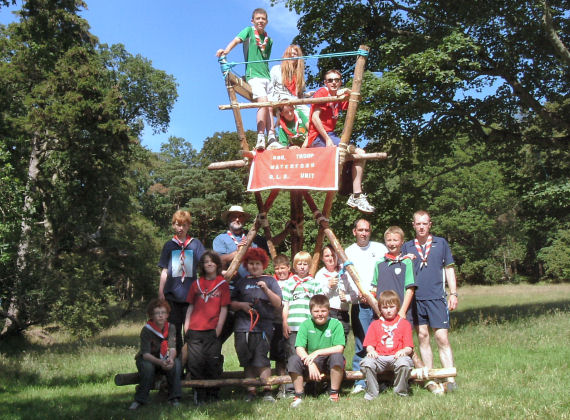 Above:Members of the 3rd Scouts on Camp 2006 at Larch Hill.

You will come back from camp a stronger person. Well actually you won’t – you’ll be a shattered nervous wreck with a tendency to go into convulsions at the very site of a tent. But never mind, everybody will have had a great time and you can be certain that the Group Leader will congratulate you on a fantastic job and assure you he’ll let you organise it again next year. So if you’re going organising camp – good luck, don’t forget your SIF 26/11 Overnight and International Approval Form and remember – Don’t Panic. 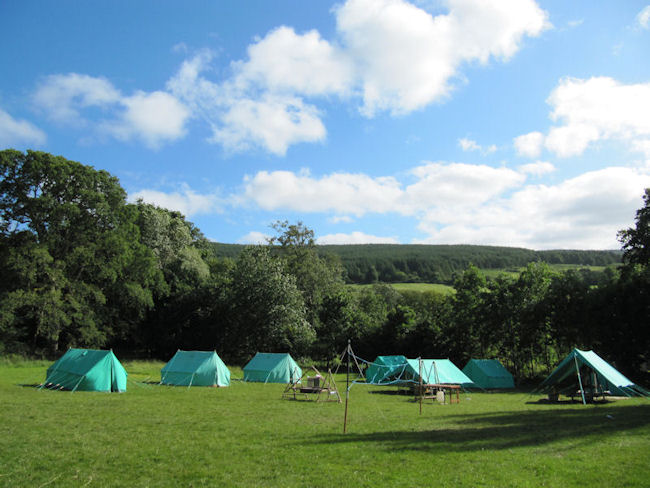