This years Waterford Scout County Challenge took place in blistering sun in Fenor, County Waterford from the 20th to the 22nd of April. 22 teams competed in what was a very high standard competition. Both De La Salle troops each entered 2 teams. The County Challenge tests scouts in all of their skills including cooking and campcraft.  Speaking after the event, Seamus Purcell, Group Leader said he was delighted with the results and was hugely impressed with all the hard work the troops and leaders have put in and the high standards they continue to achieve year after year. 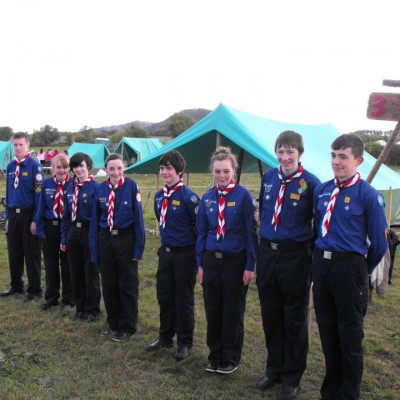 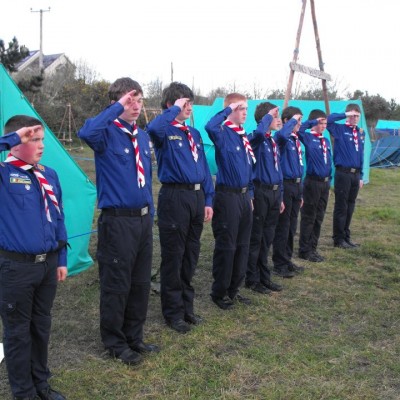 Below are the marks from the competition.

The band were there the entertain the crowd.