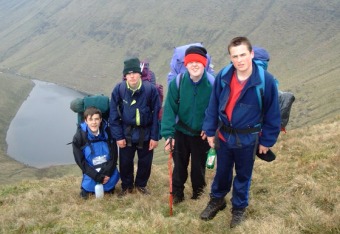 The first major discovery of the weekend was that a Peugeot 106 is not the best machine to stuff four Scouts, a leader and an assload of gear into. After the said machine had the end driven out of it, we checked in with the event co-ordinator (Adam de Eyto) at about 9.30pm and the walk in from the forest above Ros an Droichead to Loch Mhuscrai was a starry, steep pathed affair. We picked up a stray and seemingly torchless leader from the 49th Dublin on the way and we were continuously annoyed that the lights in front of us were not a checkpoint getting closer but another team getting further away. 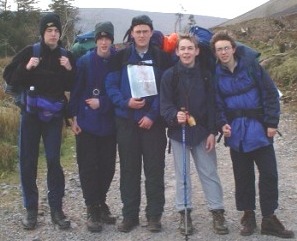 The lakeside made a grand campsite and the 3rd didn’t even need to pitch the extra tent which they had decided to bring along. Tom Casey also discovered that the weight he saved in taking an ultra lightweight sleeping bag on the weekend was not a good trade off for freezing almost to death on Friday night. 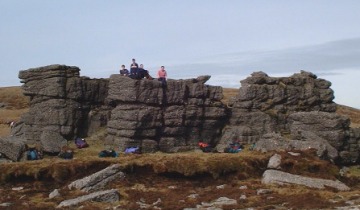 After a cold night’s sleep we made an early enough start on Saturday morning. The route took us up some steep ground onto Fear Breige where we did a compass course before we ascended onto An Grianan. By this time the temperature had soared and we were left regretting that we had left our shorts and suncream behind. From an Grianan we descended to O’Lochlainns castle. By this stage the water supplies were wearing thin and that brown bog water was starting to become more appealing. Each team also took a stint at carrying a rescue stretcher for a stage and offers of £20 were made for a lift up Galtymore. 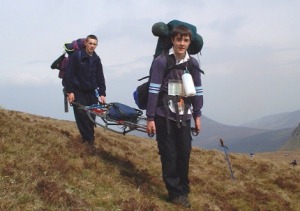 Our next stop was the col overlooking Borheen Lough which would be high camp for that night. We did some feature recognition before contouring around to the col between Galtymore and Galtybeg. It was at this point that we decided that the name of RTE’s the Morbegs must have been inspired by these very mountains (Mor and Beg). We left our gear at the col and then ran up Galtymore (918m). ‘Thus sayeth the Lord: Get thee up upon a high mountain’ is inscribed on a plaque close to the summit. We were indeed on a high mountain but we couldn’t come up with a good explanation for the words ‘Barr Buadha na Binne’ which were also on the plaque.

After dropping back down to the col, we headed up Galtybeg (799m). At the top, James White actually trusted his patrol to lift him above their heads while they were standing at the edge of the cliff. From Galtybeg we descended to Borheen Lough where flat camping spaces were at a premium. 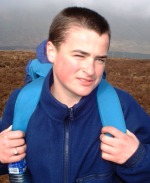 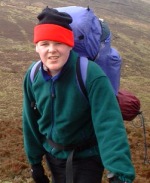 Dinner on a trangia is always a hit and miss affair. TC discovered that spaghetti doesn’t fit into those tiny trangia pots very well, while the 3rd tried that frying with no lard or cooking oil trick again. There were a few brave singers who livened things up for a while (Molly Malone was very impressive) but generally people were wrecked enough to get an excellent night’s sleep. There was a Scout’s Own or a ‘hold your owny’ on Sunday morning, after which we had our choice of getting either an MPC or a Sionnach Adventure badge. After having our sites inspected we headed off in the direction of Cnoc an Staicin. At the col below it we also got some instruction on mountain weather. 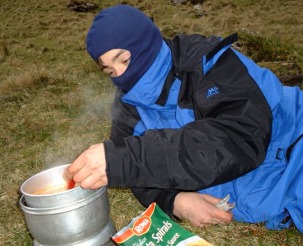 After filling out a survey about the event, we got back to the cars good and early . We have to say that we were impressed by the first joint event and we hope that the rest of them, and the merger of the associations, runs just as smoothly. 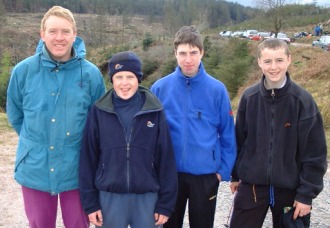 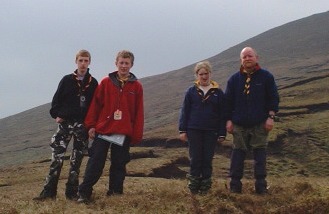