The Ventures chose Galway as the venue of annual camp in July of this year. Click here to see what Tommy Tiernan, Bressie and a giant set of head phones have in common.

So the plan was to meet at the den at 9am on Friday 27th, or be there by 9.15am at the latest. Naturally, ventures being ventures, someone had to be late and this time it was Eoin Falconer who strolled through the gates of St. Stephen’s School at 9.30am. Fortunately we got on the bus without any further hassle and left the school at about 9.50am. Our bus driver Bart Simpson gave us a quick list of rules (no abuse to be hurled in his direction) and Shona quickly learned that if you didn’t want to be overheard on a minibus, it was easier not to talk at all. William fell asleep but manages to escape having his face drawn on due to nobody having anything to draw with on the bus. We played Tommy Tiernan’s DVD after about an hour and before we knew it we had arrived in Renmore, Galway!

We waited about 20 minutes for the scout leader to arrive with the keys to the den. Once inside we discovered an air mattress which Neilers quickly claimed as his, then made use of the hurleys and rugby ball which we found in the den. Emily Costello, Bill Power, Shona Murray, Gillian Murphy and I went for a trip to the local Spar to pick up some supplies for breakfast the next morning and some much needed biscuits and tea. We headed for town shortly after to get some dinner and pick up our tickets for The Coronas, Bressie and The Kanyu Tree! After looking for a decent fish and chip place we ended up in Supermacs for dinner, followed by a little while to look around the shops and listen to the many buskers playing the streets, while Emily began her journey to get over her fear of crossing roads when the green man isn’t on. William bought a comic book (forgetting he had no bag and had to bring it to the concert) and Eoin bought a jumper identical to Neilers’ jumper.

At around 6.30pm we went over to the Big Top to queue up for the concert. Following a bag search and Gary getting patted down like you would before a flight with Ryanair we made it into the big top. We took pictures with the giant TodayFm headphones and a nice group shot in front of the Big Top. We then split up to find a good spot for the concert. Shona decided to buy a coffee and proceeded to spill it on herself. As we were there a half an hour before the first support act was due on stage we found a good spot at the front. We filled the time by taking pictures of Gillian and Shona and listening to the crowd singing ‘OLE’ and ‘Happy Birthday’.

At about 7.30pm The Kanyu Tree came on stage. They were very good but I only knew one of their songs, so I was pretty excited when Bressie finally came out on stage at 8.30pm, and the crowd went wild. However, Bill pointed out that the best part was probably when he sang ‘Hello’ which wasn’t even his song. The Coronas came on stage at around 9.30pm, and they were amazing! By about 10.30pm we were all pretty tired and had sore feet, as we’d been standing for over 3 hours. The Coronas left the stage then returned for their encore which lasted another 30mins, so we were all ready to fall down by the time the concert finished. Once we made it outside the Big Top we attempted to stay together to get back to the city centre. We all headed to the Day Today to pick up a drink and some item of food to keep us going, like ice-cream. We walked back to the scout den and discovered that we weren’t really tired, so the decision was made that we would watch Batman Begins, as some of us had never seen it and we were going to see The Dark Knight Rises the next day. The film finished at about 3am and we all got into our sleeping bags and fell asleep.

We were woken up bright and early at 9am on Saturday morning. We slowly got up and had breakfast before getting dressed and catching the bus over to Kingfisher in UCG where we were going rock climbing. We all had great fun and Ross even made a new friend, another rock climber.

Afterwards we headed into town to do a bit of shopping and get some lunch. Emily and I ended up going to every scouting related shop in walking distance along with the usual visits to Penneys and HMV. Gillian and Shona decided to take pictures of themselves with various items around Galway, such as mannequins and cardboard cutouts. 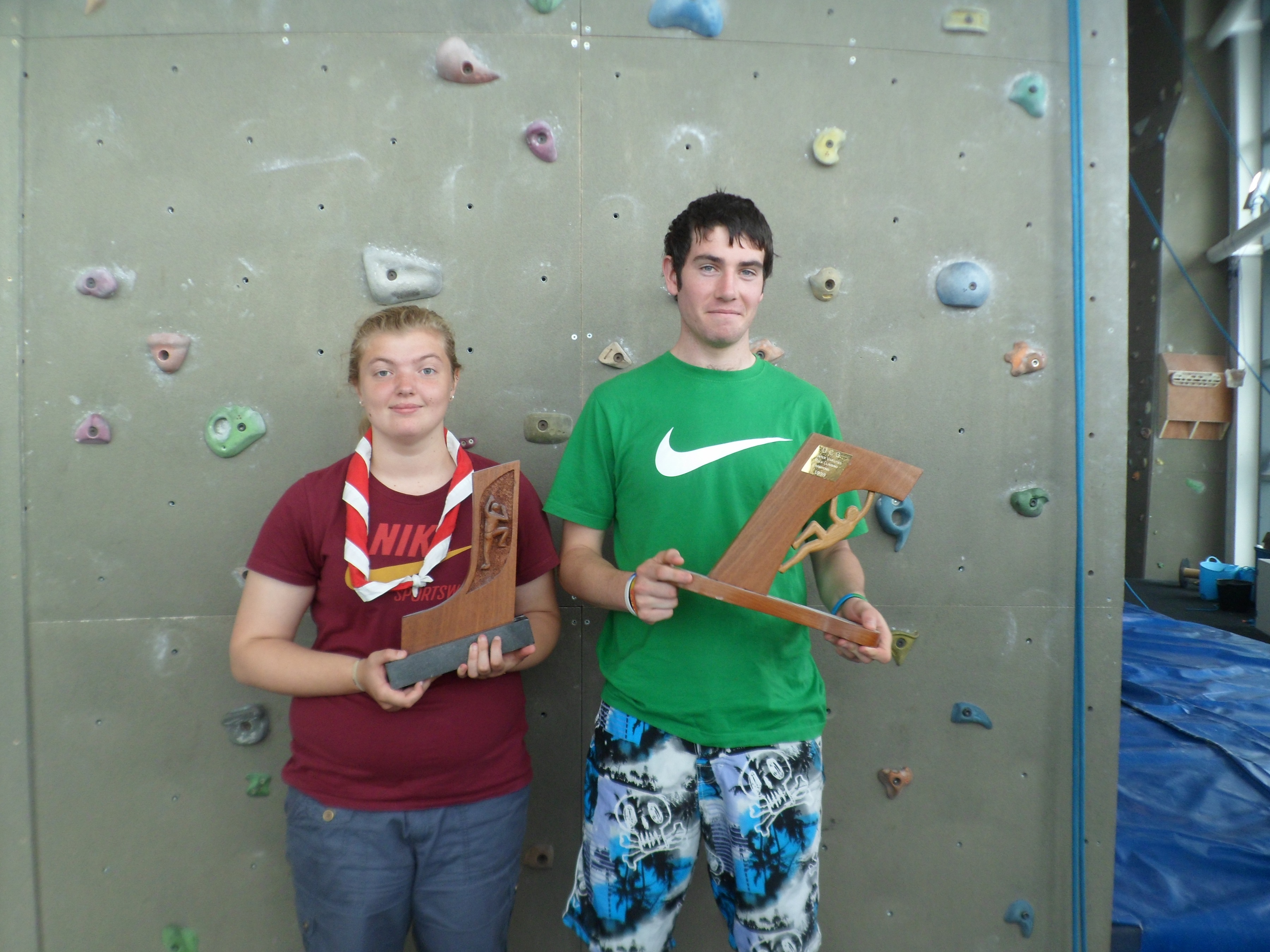 We continued into Eddie Rockets for lunch. We all then headed back to the den to watch the second Batman film and take a shower in the Kingfisher next door. Gillian and Shona became slightly frustrated at the *lack* of guys on camp and turned to some…other methods. We went over to the pool at 5.30 only to discover that it had just closed and the woman at reception wasn’t a bit nice about it either. None of us were too impressed but we returned to the den to relax for a little longer before changing to head into the cinema to see The Dark Knight Rises!

We hung around for a little while, taking pictures with the various cardboard cutouts of films and deciding whether to spend money on popcorn for the film or Eddie Rockets after the film. We went inside and found seats, then sat back and relaxed!

The film was really good, and everybody enjoyed it. After a quick stop at Eddie Rockets for some chips, burgers and milkshakes, we returned to the den. We stayed up talking and laughing about the weekend, squashed onto the air mattress, until around 4am, at which point Neilers came downstairs and told us all to go to sleep – or else. When he came down a second time we knew he was serious and we quickly got into our sleeping bags and went to sleep. 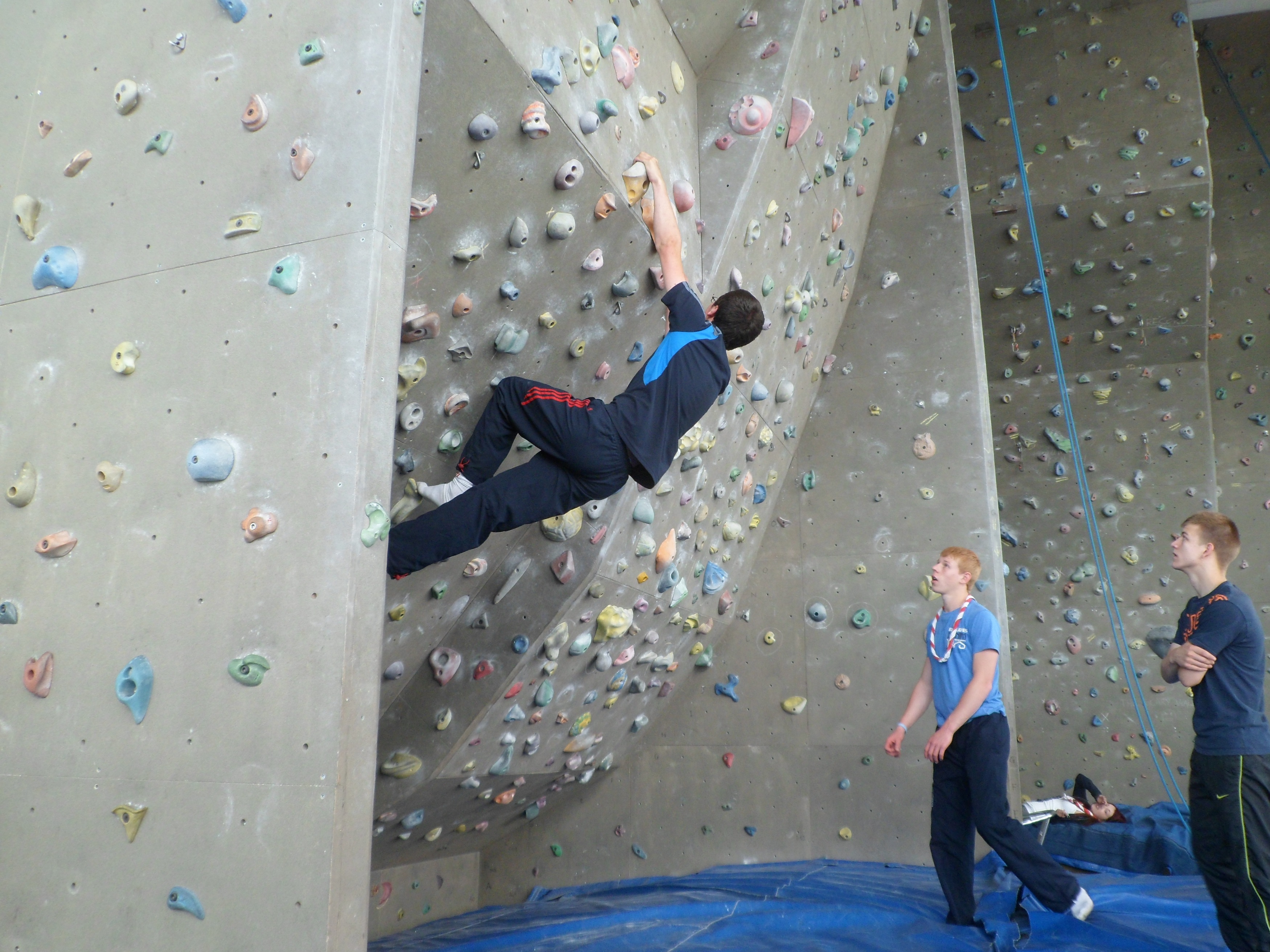 We were woken up bright and early once again, this time at 8am by a very cheery Neilers, who was only too happy to inform Bill, Eoin and myself that we had the honour of cleaning up (apparently we were the voices he could hear from upstairs). Eoin and I were given the job of cleaning the bathrooms and Bill had to clean the main hall. Meanwhile, everyone else dragged themselves out of their sleeping bags and proceeded to pack up their stuff. The bus arrived at 10am and we all quickly got on the bus. It was a considerably quieter bus journey this time, as most of us were running on less than 4 hours sleep. A few of us went for a nap on the bus and we were pretty happy when the bus pulled up outside the den, though naturally there was a few who wished the weekend could have gone on for just a few days longer. We said our goodbyes to each other and our bus driver Bart, and said we’d see each other again in two weeks time for our next meeting.

Overall, I think everyone enjoyed the weekend, and we all had an excellent time!