Ventures head to Dublin to see what all the hype is about.

Ventures head to Dublin to see what all the hype is about.

The Ventures were hearing about this place 180 kilometres north of Waterford called Dublin, apparently the capital. Here’s what they found out.

We arrived at the train station at 7.30 am for the early train and departed for Dublin. Emily had been trusted with the tickets. On the way we had a fun (and a disgusting) game of “plop trumps” and took some pictures of ourselves. After arriving at Heuston station we got the LUAS (lulu) to O’Connell Street and went to get food. Next we trekked to St. Stephen’s Green to get the LUAS to Dundrum. 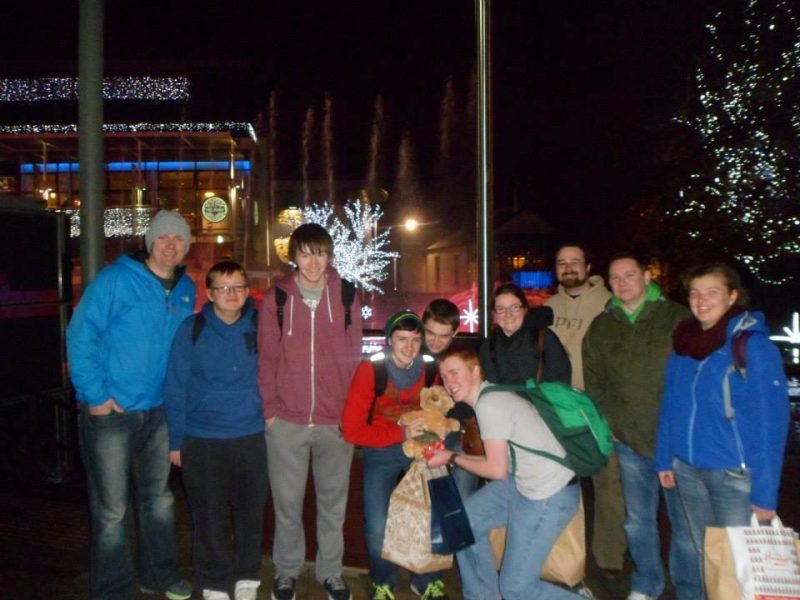 When we got there we decided to split up and go off in groups. After gallivanting around Dundrum for a while myself, Ben, Jack, Michael and Bill decided to contribute to the group, so we made a build-a-bear. By now, it was time for us to meet Emily and Ciara at the cinema, where we went to see Catching Fire, which was good.

Afterwards, we meet up with the leaders and went mini-golfing. Here Neillers made a Tiger Woods like come back to beat Gary in the closing holes. After getting some food at Tesco, we headed back to the den we were staying, and after having cake for Emily’s birthday, we watched red 2 before going asleep.

After getting up and cleaning the den, we headed back to Dundrum and got the bears voice box repaired after some unforeseen circumstances. We also bought a baby carrier for it that Michael decided to wear around Dublin. 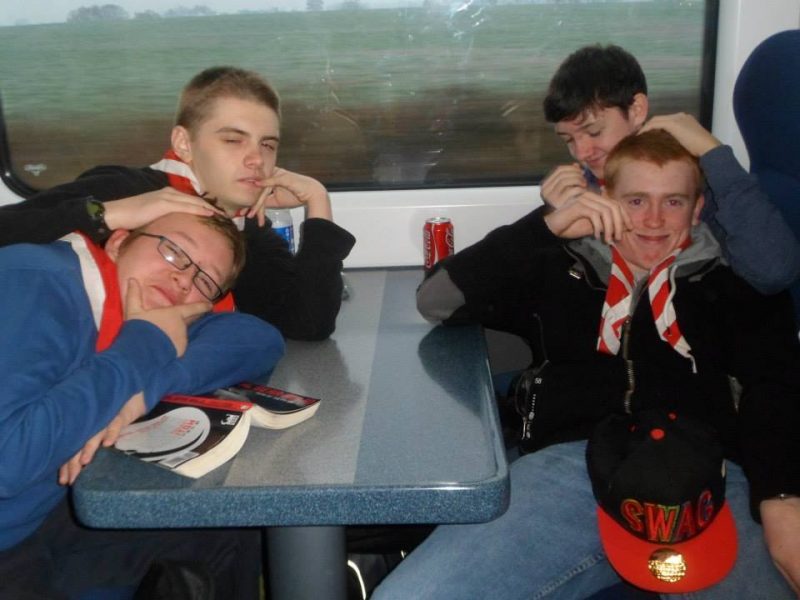 After discussing life and being philosophical on the LUAS, we got off at St. Stephen’s Green and headed for O’Connell Street, where we looked in some shops before heading back to the train station where we got something eat. We then got on train, which didn’t have any seats, but it wasn’t too bad, and most people got off on the way so we weren’t packed the whole way home. All in all a great weekend was had by all.