Three long distance hikers from the Waterford Scout County are just back from a winter completion of the West Highland Way in Scotland which is one of the most famous long distance walking routes in Britain. The West Highland Way runs for 154km from the city of Glasgow to Fort William in the Highlands and passes through some of the most stunning landscapes that Scotland has to offer. 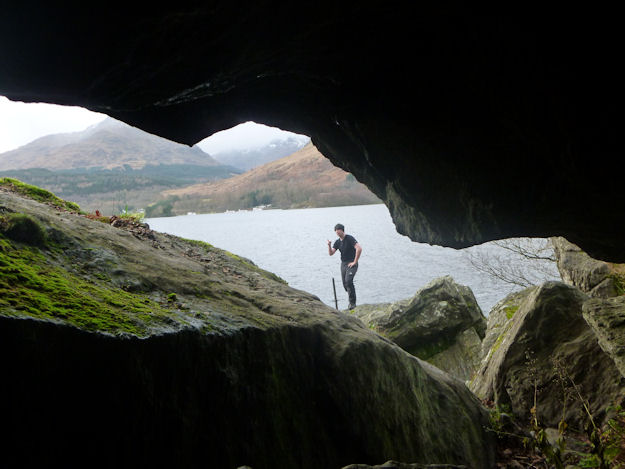 Above: At Rob Roy’s Cave on the shores of Loch Lomond.

The route starts at Milngavie in Glasgow, passes through Mugdock Country Park, follows the shores of Loch Lomond, passing Ben Lomond and the Cobbler, through Glen Falloch and Strathfillan, crossing Rannoch Moor, past Buachaille Etive Mor to the head of Glencoe, climbing the Devil’s Staircase, descending to sea level to cross the River Leven at the head of Loch Leven before entering Lairigmor and Glen Nevis and finishes at Gordon Square in Fort William. 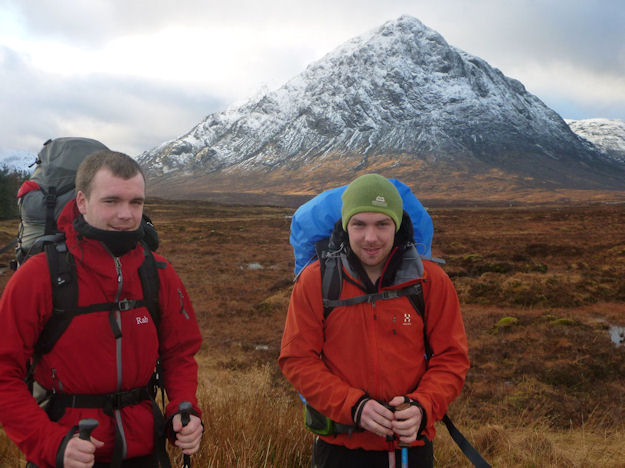 Above: Outside the Kingshouse at the head of Glencoe.

After a short rest in Fort William, Eoin and Colm also made a speed ascent of Britain’s highest peak, Ben Nevis (1344m). They climbed a north face route called Ledge Route in perfect winter conditions, made a dash for the deserted summit, descended No. 4 Gully and were back in Nevisport before 3pm. A fitting testimonial stroll for Eoin’s boots who himself by that day was starting to bear a very strong resemblance to the portrait hanging in the Kingshouse of Don Whillans (Lancashire rock climber, mountaineer, brawler and all round hard man). 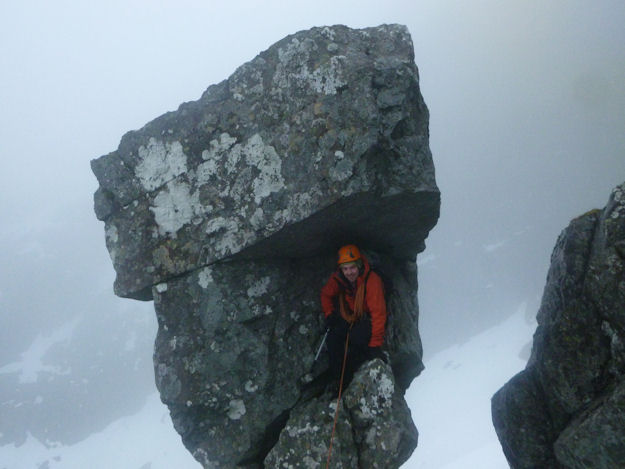 Above: Quick rest on Ledge Route
Below: On the summit of Ben Nevis (1344m)

The lads have described conditions during the stroll as “occasionally pish” but the sun did make the odd appearance and some weird blue skies were seen. The Isle of Jura had a strong influence on the trip, as did Rob Roy and inspiration also came from the unusual direction of Phil Taylor (2013 World Darts Champion). No titanium pots were lost in streams on the Blackmount, no Mountain Hardwear tents were irrevocably damaged in pasta cooking incidents although the status of the plumbing in the village of Kinlochleven remains unknown. A number of Icebreaker baselayers were also severely tested. Unusually the lads passed no inns on the WHW whatsoever and overall a great highland welcome was experienced.

Above: At the end of the West Highland Way (and the start of the 320km Cape Wrath Trail) in Fort William.

Above: Looking back on Rannoch Mor from the Blackmount