Well done to Peter Murphy who today completed his final stage of the duo of local long distance walking routes – the East Munster Way and the South Leinster Way. Peter is a Scouter with the 7th De La Salle Cubs and was mountain trained for many years by the 7th Scouts . The East Munster Way runs 70k from Clogheen to Carrick on Suir while the South Leinster Way runs 104km from Carrick-on-Suir in Co. Tipperary to Kildavin, Co. Carlow.  Some soft conditions were encountered on today’s final stage. 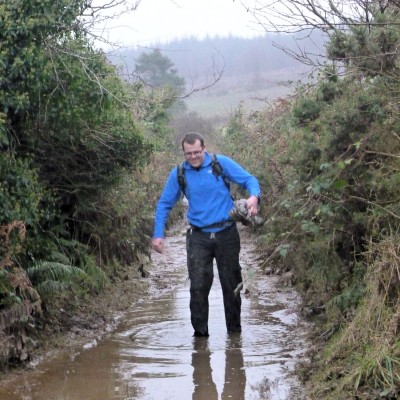 Peter also recently completed the Dublin City Marathon, will be competing in the Rotterdam Marathon in April and he is rumoured to be part of a group walking the 4700 kilometre E8 European long distance path from Dursey Head in West Cork to Istanbul, Turkey.