Matt Gaynor from the 7th De La Salle Scouts tells us about the Connacht MPC which took place in the Maumturks, Connemara, Co. Galway last weekend. The weather was magnificent, quite unlike any MPC the team have ever witnessed.

We met up at the den at half 3 but because of a few technical difficulties and misplaced kneckerchieves it was closer to half 4 before we were on the road in Captain Flog’s bus o’ banter. It was an eventful journey up. We got lost twice, drove on a closed road and did the route card in the back seat, us absolute rebels… When we eventually did arrive at half 8, David and Cathal used the local bin as toilet facilities while I got on my wet gear and Flog checked us in with the MPC staff. It was a 6 kilometre hike but we made good time and even caught the meteor shower as it flew majestically over our heads while crossing a river. We set up camp and were in our sleeping bags by half 11.

We arose early for the big hike and helped ourselves to the delicious breakfast of……. lukewarm pot noodles! yummy!!! After our fabulous breakfast, we got checked out at 10am and began our long trek. We covered the first few kilometres fairly rapidly and were going quite strong until Cathal decided it would be wise to walk knee deep into a bog, 500 metres above sea level, and I concluded that it would be an even wiser decision to jump in after him in a valiant effort to save him. How wrong we were, all we succeeded in doing was getting stuck for ten minutes and soaking the insides of our boots. After that it’s fair to say that our progress slowed down a couple of notches, we stopped for lunch at a lake and after half an hour of re-vitalising ourselves with nourishment we started the 330 metre climb to our next peak, to make matters worse the mountain side was covered in rocks with patches of scree in various spots making it next to impossible to move at any speed at all. The next few kilometres were pretty tough and it took a massive effort to complete them but we managed it and we saw some spectacular views of the Sheefry hills, Mweelrea and Croagh Patrick. When we did reach the top we slid down to base camp on our bums, thankful to reach our tents at half 4, we ate the remainder of our food and within a few hours we were snoring.

The final day! Thank god. We got up and packed away our tents and gear and stuff, we headed to the scouts own and reflected on our weekend, actually, that’s a lie, the only reason we went to the scouts own was to get our badges. We sped off at the speed of light as soon as we had our badges and walked 3 of the 6 kilometres to the car park before leaving Flog do the rest without us while we stood at the side of the road waiting for him. I had removed all my wet clothes so I was standing with no pants on while any passers by stared at me like it was unusual or something. When flog came back we changed into our dry clothes and headed home via KFC, needless to say we were all delighted it was over.

Click here to view the full set of photos Flickr.com 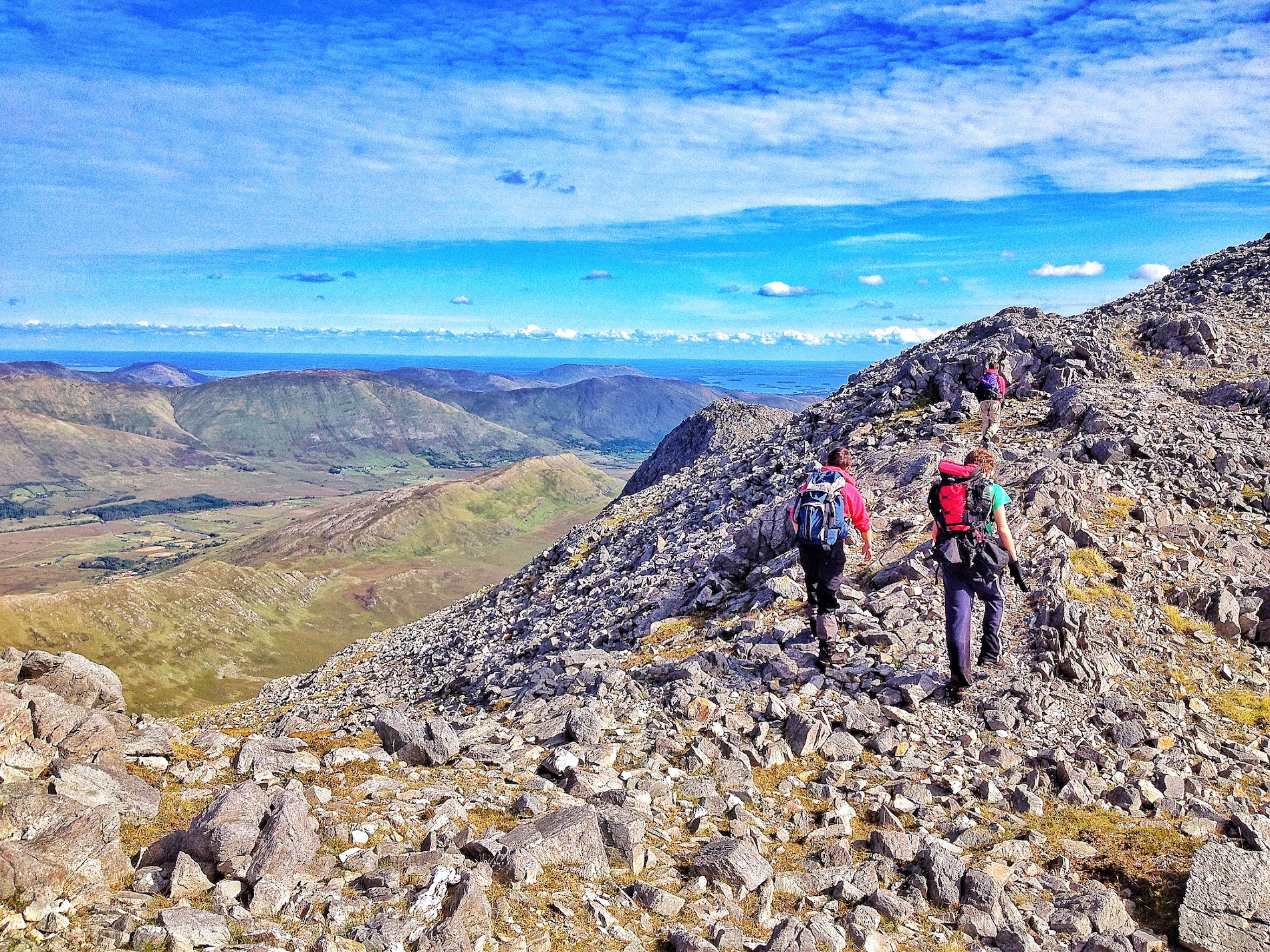