Camp this year brought us to the far away land of Inistioge in the lovely county of Kilkenny. Myself (Tara) and Roddy decided to test the fitness of our scouts and selves by undertaking the 40km cycle to camp. It took slightly longer than expected but we made it there triumphantly all be it a little tired….. Go Team 7th….Yay!

When we arrived at the picturesque campsite over looking the village we were greeted by the lazy scouts who had gotten lifts to camp (tut tut). That afternoon the sun was splitting the rocks as we set up the tents and had an ‘amazeballs’ dinner served outside in the evening sun.

First day of camp was wrapped up by the mega quiz run by Tony. 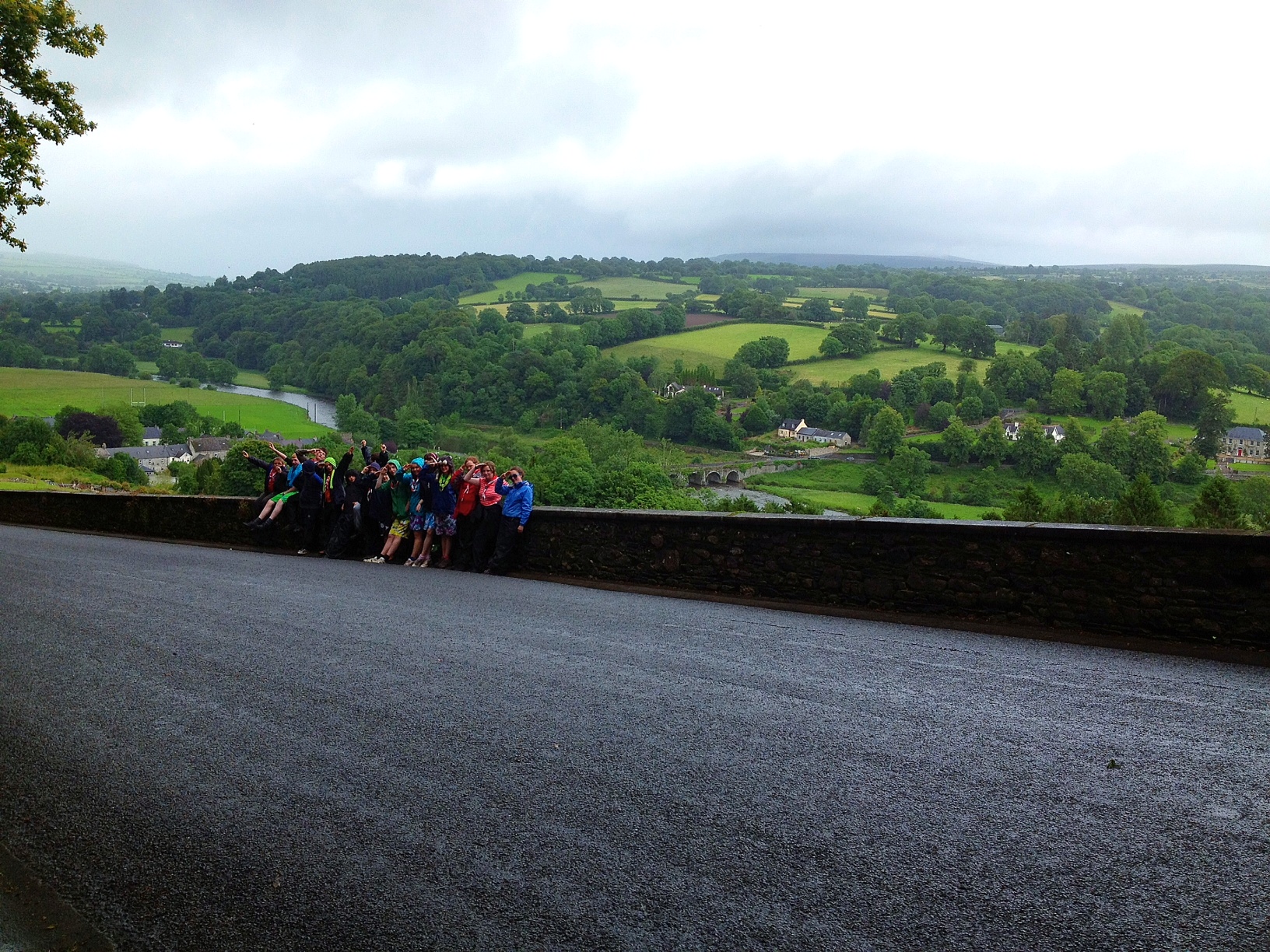 See the full set at: flickr.com

The next morning I decided to have a lie in followed by breakfast in a local eatery with Seamus. I then treated Seamus to my penguin dance around Lidl…..totes hilar! While we were enjoying ourselves Roddy brought everyone to the local mass where the kids were astonished by the presence of an African priest (they don’t get out much) lol. During mass a child was engaging in the new craze of ‘planking’ which he did across the altar…..thats those crazy country folk for ya. They then spent a fortune on sweets in the local store. When myself and Seamus eventually made it back from our very stressful morning (ha ha)We helped to run bases around the village and surrounding area.

For dinner we had a Ready, Steady, Cook competition comprising of three bins full of random ingredients given to the three patrols. It was a huge success everything was delish! That evening we played a giant game of football where I scored all the goals (well one)…go me!! Yay! Oisin our leader that doesn’t get left behind on MPC’s (tee hee hee) arrived for a while to munch all our sweets. We played round two of our super epic quiz and once again by pure coincidence the leaders won.

Day three saw us enter the woods where we cooked up a storm (literally) on the open fires. Thankfully we were in the woods when the rains came. During our backwoods lunch Captain Flog (Seán) and Yogurts (Colm) landed to sample the good grub. Flog almost did a ‘flip de dip’ when he tasted how great the food was. Then the shelter building commenced…..some of the shelters were a little too ‘snug’ to fit everyone. Oh well!!! But they were very good anyway.

As evening loomed the leaders began to prepare the dinner, fortunately I was there to supervise Seán’s cooking as he went a bit crazy when adding the mushrooms……. While I ‘helped’ him cook the kids dinner I managed to throw together a fantabulous mexican feast for the leaders. Although some couldn’t handle the spice which made for very funny dinner entertainment.

Under the night sky the teams gathered for the third night of the mega quiz. One or two whispers could be heard about “how come the leaders are SOOOOO good at the quiz”……. A mystery to us all!!!! Anyway once again the leaders trashed the scouts in each round, and that was the end to another eventful day at camp……awesome sauce.

That night the rains came. Little did we know that this time of year was monsoon season in Inistioge. Between showers the next morning Captain Flog’s tent mysteriously vanished. After screams of “give me back my tent” and “ I’m going home” it was eventually returned by a group of mischievous scouts (oh the little devils ha ha). If only they had known that his car keys were actually in the tent so he couldn’t go anywhere even if it wasn’t returned…oh well. It was like being on the ROFL flight coming into LOL International!!!!!!

That afternoon Seamus made a quick get away, clearly all his RTE weather watching had come into play and he knew what was on the way….. Dun, Dun DUN!!!!!

The rest of us headed off for a scout around Woodstock house. It was really showery, then sunny and yet again showery, just as well we are good scouts and always have suncream and wet gear…… Bí Ullaimh and all that. Whilst in the grounds we descended on the playground where we all got our level 9 Fireman adventure skill badge for sliding down a very high and dangerous pole. Then the scouts took turns on the swing of doom. By this time the kids and (some) leaders were hungry AGAIN, so we ventured to the village. The heavens opened as we strolled down the hill, and I kinda wished we had built an ark instead of shelters as the road disappeared under a torrent of rain. I wondered if we could get our level 9 paddling badge for swimming back up the hill.

As our final evening approached it rained and rained and wait for it……………. Rained! Everything got soaked, oh well can’t be fair weather scouters in this country. We cooked our meals in a dining shelter with a makeshift ‘good’ wall followed by the kids having a mini campfire to keep warm. Myself and Seán tried to scare the kids with horror stories about Woodstock house from our time in scouts (not that long ago) and it worked slightly, well Tony was scared any way LOL.

Our super leadership skills came into play that night when we had to save some seriously cold and damp scouts from near hypothermia. Thanks to all the leaders jumping to the rescue and the awesome help from the ventures everything turned out fine and dandy and everyone had a great nights sleep before we broke camp early the night morning.

Once again another successful action packed 7th Annual Camp, although next year I think drier climates are called for!