Two mountaineers from the De La Salle Scout Group have successfully completed the GR20 High Level Route on the mountainous Mediterranean island of Corsica. The GR20 is one of the top mountain trails in the world and is also reputed to be one of the toughest long distance waymarked routes in Europe. Eoin Kelly (3rd Cubs and DLS Rovers) and Colm Ennis (Online Editor) completed the 190km traverse of the island’s high mountains over 13 days of backpacking in the last two weeks in June. 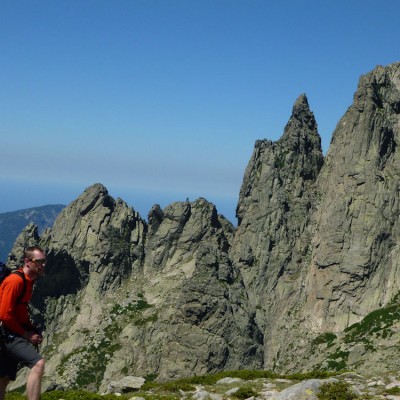 Corsica is essentially a semi submerged mountain range in the Mediterranean and the route runs from Calenzana in the north of the Island to Conca in the south. Its tough reputation comes from the steep and rocky nature of the terrain however the route passes through an incredible array of truly excellent and beautiful mountains. 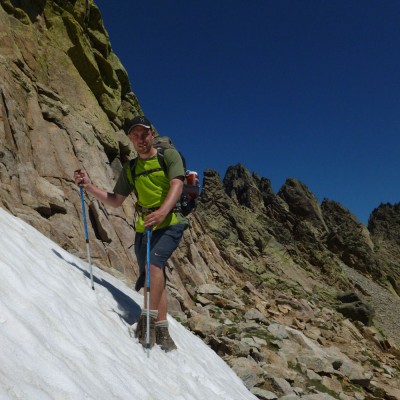 To spice things up further during their traverse the team also camped on the summit of the highest mountain in Corsica, the 2706m Monte Cinto and went on to make ascents of 5 other major Corsican mountains including the stunning Paglia Orba (2525m), the Monte Rotondo (2622 m), the Monte d’Oro (2389 m), the Monte Renoso (2352 m) and the Monte Incudine (2134m). Overall their route required over 16,300 metres of ascent and descent and while Ireland battled floods the lads experienced perfect sunshine and weather conditions throughout their expedition. 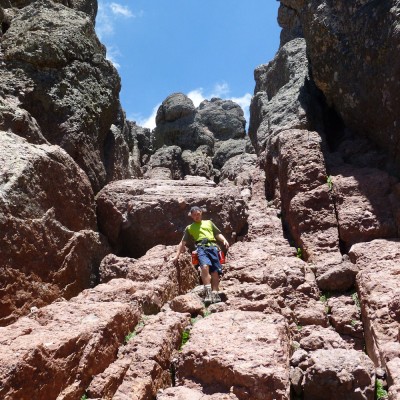 The lads have described the route as “tough” and managed not to stand on any lizards. They have promised a detailed Expedition Report of their trip so watch this space! 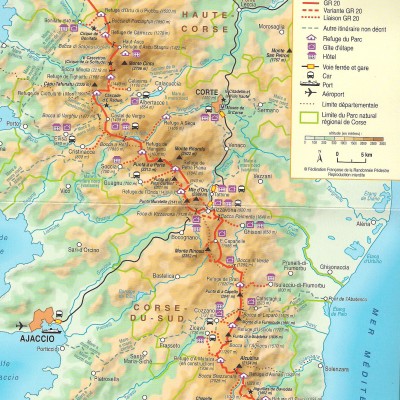 Eoin and Colm are also members of the Waterford Institute of Technology Mountaineering Club and Rathgormack Climbing Clubs respectively. 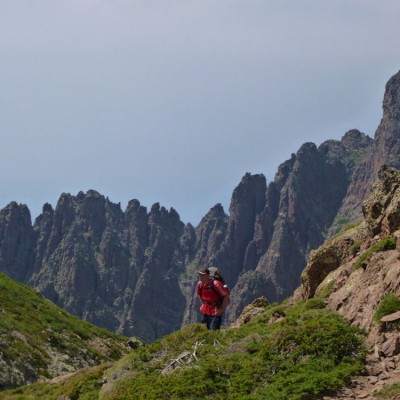