The Chief Scout’s Award is the highest award that a youth member can achieve within the organisation. Group Leader, Shay Purcell was the first to congratulate Mark on his award saying that it was an excellent achievement for any Scout to progress the full way through the award scheme and it was something that was rarely done.

Mark’s project which the Chief Scout highly commended was on the D Day Landings. Congratulations to Mark from all at the De La Salle Scout Group. 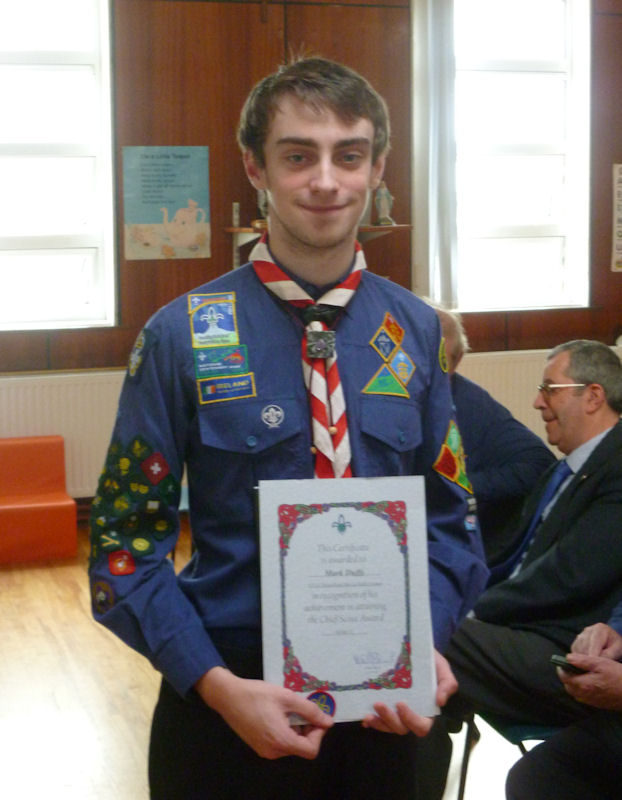